Mothers vs Lovers: Do we care more about Valentine's Day or Mother's Day?

This entry was posted on March 9, 2020 by Becca Armstrong-Benson. 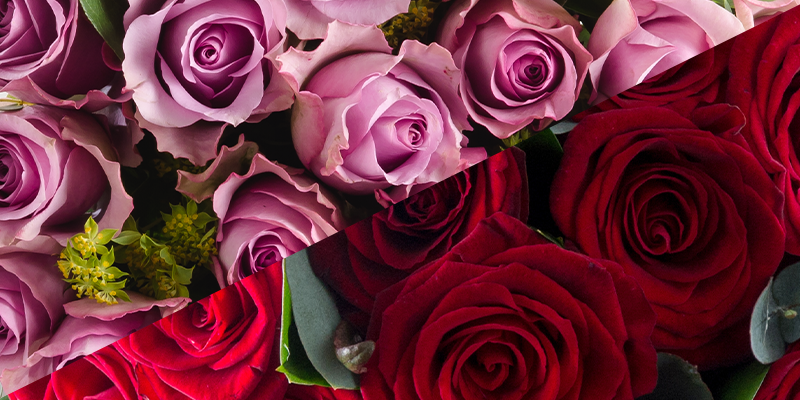 As florists, Mother’s Day and Valentine’s Day are by far the busiest times of the year.

Flowers are seen as traditional gifts for both occasions, and the perfect way to show your mum or partner how special they are.

Recently, we’ve wondered which holiday people in the UK see as most important - in other words, are we more generous to our mothers or our lovers? With this in mind, we’ve crunched the numbers to see the spending habits for both occasions, looking at location, gender, and age.

Do we spend more at Valentine's Day or Mother's Day?

Firstly, let’s take a look at the big picture - the overall spend for both occasions.

Perhaps surprisingly, there’s a big difference here - on average, our customers spent 30% more at Valentine’s Day than Mother’s Day! Mums lost out, with people clearly more willing to splash out more for their partners.

Our bouquets have similar prices for both occasions, with plenty of options for lower budgets - but despite this, people definitely tend to spend more at Valentine’s Day. Perhaps romantic partners are more likely to expect an expensive gift than our mums?

Mother’s Day vs Valentine’s Day Across the UK

Our customers in the North West spent the least at Mother’s Day, spending around £39.78. Meanwhile, those in Northern Ireland proved the least romantic, spending £42.84 at Valentine’s Day - 37% less than big spenders in London.

Which holiday do men and women care most about?

The split at Mother’s Day is fairly even, with women purchasing flowers slightly more often than men - 54% of our orders were made by women, and 46% made by men. At Mother’s Day at least, women seem to gravitate towards buying flowers for their mums more often.

The split at Valentine’s Day is more drastic however, with 61% of purchases made by men. It seems men are still more inclined to buy traditional romantic gifts at Valentine’s Day, whilst perhaps women are more likely to choose other gifts for their partners.

Men also spent more for both holidays - however, again the difference was more pronounced at Valentine’s Day. At Mother’s Day, men spent just 4% more than women did on their mums. At Valentine’s Day, this difference increased to 9.5% - again suggesting men see Valentine’s Day as more of an occasion to be generous to their partners.

On the other hand, younger people aged 35-44 clearly place more emphasis on Valentine’s Day, spending around 29% more. This was also seen in the 25-34 group, who spent 24% more at Valentine’s Day. This may be because people in their 20s and 30s are likely to be starting serious relationships or getting married, making romantic holidays a bigger deal than they are for those who are older.

Our customers aged 18-24 spent the least at Mother’s Day, but this is unsurprising - these people are likely to be studying or just starting their careers, so their mums probably aren’t expecting a lavish and expensive gift.

This entry was posted in All News, Occasions on March 9, 2020 by Becca Armstrong-Benson. ← Previous Post Next Post →